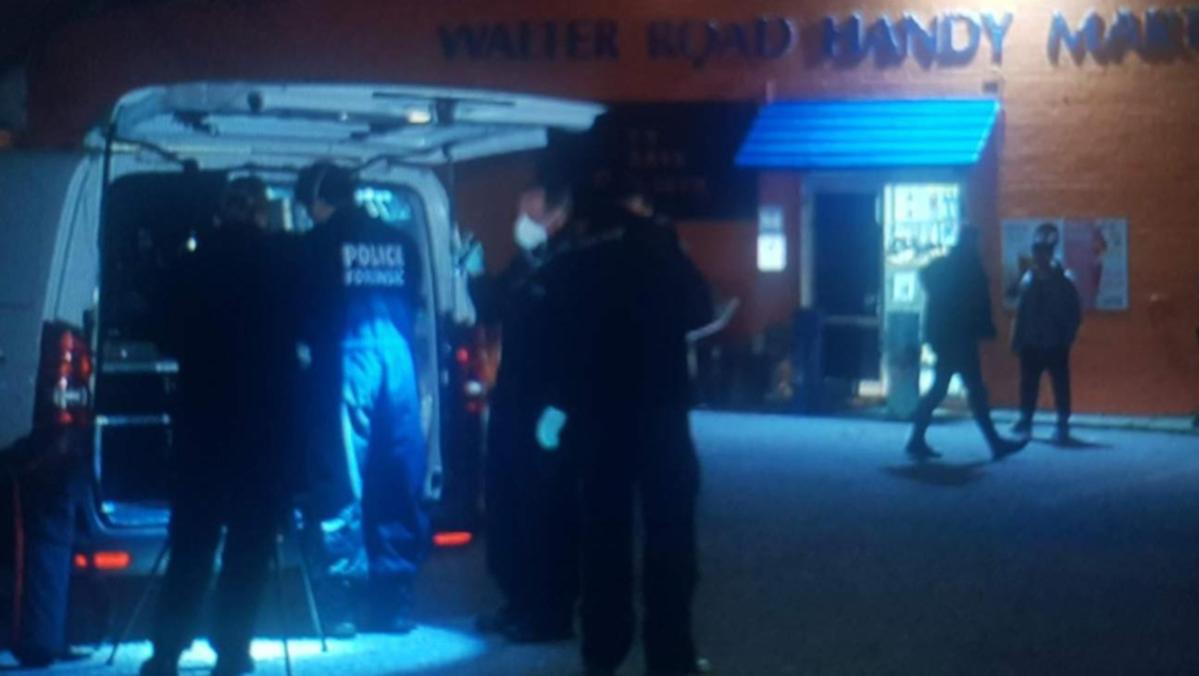 
Masked men armed with a knife burst into a convenience store and held-up staff last night.

They demanded that staff hand over money and tobacco products before making their escape.